The MC 201 has an analogue heart. Its power output stage derived from the well known MC series Monrio integrated amplifiers with its long established design philosophies and Monrio audio quality. In addition to the audio quality, it is digital versatility that sets it as one of the first integrate amp in its category. Its comprehensive cover

age of audio bases includes audio formats as well as audio sources. So along with all analog audio inputs, and iRadio streams at multiple bit rates, MC 201 can play audio files in MP3, 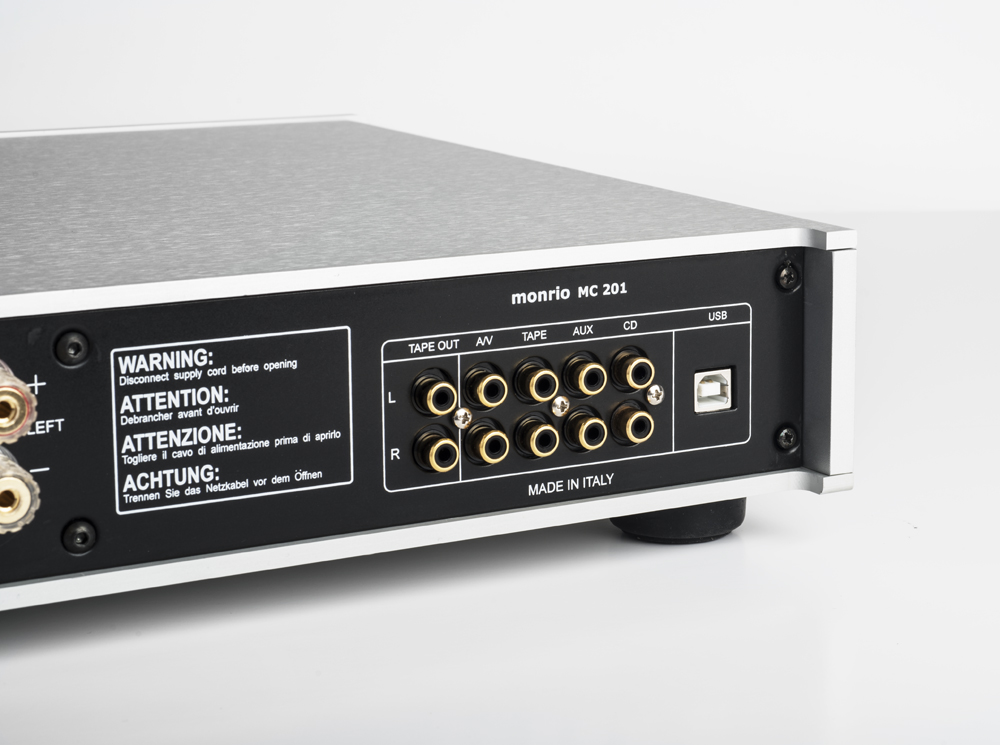 Windows Media–formatted content, AAC, Apple Lossless (from your iPod), FLAC and WAV formats. The Asty Digital should be taken into account by those looking to improve computer-based or streaming audio to a “high-end” performance level because it is an high-end integrated amplifier. MC 201, whether it’s digital or analog, is engineered for today’s listening way. Radio station and compressed MP3 files take on new flavour through the MC 201.

The MC 201 has 5 total inputs, 4 analog, 1 digital plus a Tape Loop.
One USB input for your computer plus 5 analogy inputs for Line Input, CD players, tape decks, tuners or phono preamp. The MC 201 most important feature is the onboard AKM DAC, 24-bit/192 kHz Digital-to-Analog converter which convert any digital source to the performanc 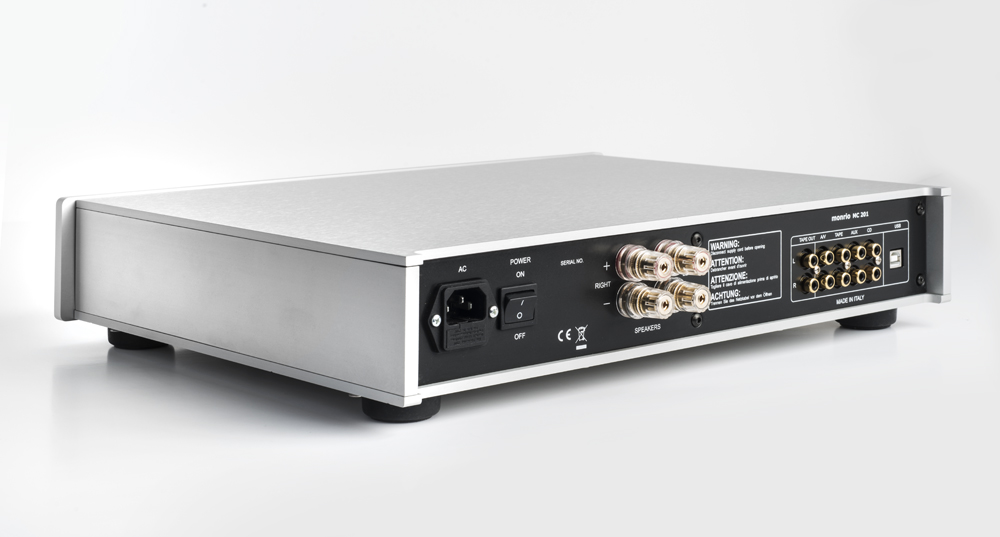 e of a high-end CD player. It also includes a “direct” analog input bypass that allows the use of the MC 201 in a Home Theatre System as two channels surround system. You have to take the left and right “pre out” from your receiver or processor and connect to the “Direct” bypass on the Asty Digital. A selector switch on the front panel (and on the remote control) converts from Line input to direct bypass.

In this way your processor uses the L&r surround section for the MC 201, leaving the Home Theatre amplifier to push only the centre and front speakers, making the processor, or receiver, more efficient and less stressed.
The MC 201 is the right way to add a PC tpo your exisiting system.

Since its birth, Monrio has been following only one aim: to create a true emotion of satisfaction and… read more